Karch Kiraly Visit to Texas Tech: His Coaching Tips and My First Chat with Him in 33 Years!

Let's start with a little "Then and Now." Back in 1982, Karch Kiraly was a senior setter for UCLA, en route to leading the Bruins to three NCAA championships in his four years, and I was the men's volleyball writer for the Daily Bruin. Here's a photographic image of one of my articles (which you can click to enlarge)... 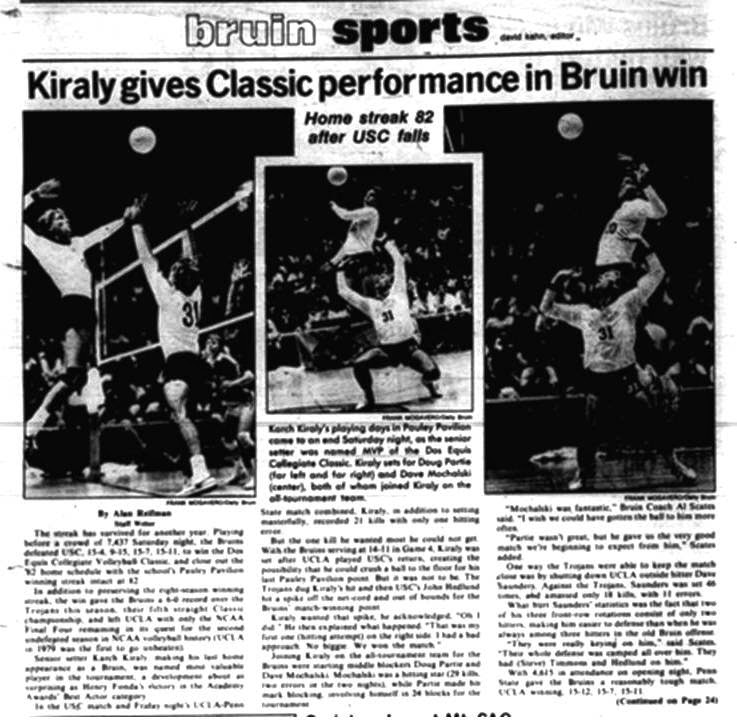 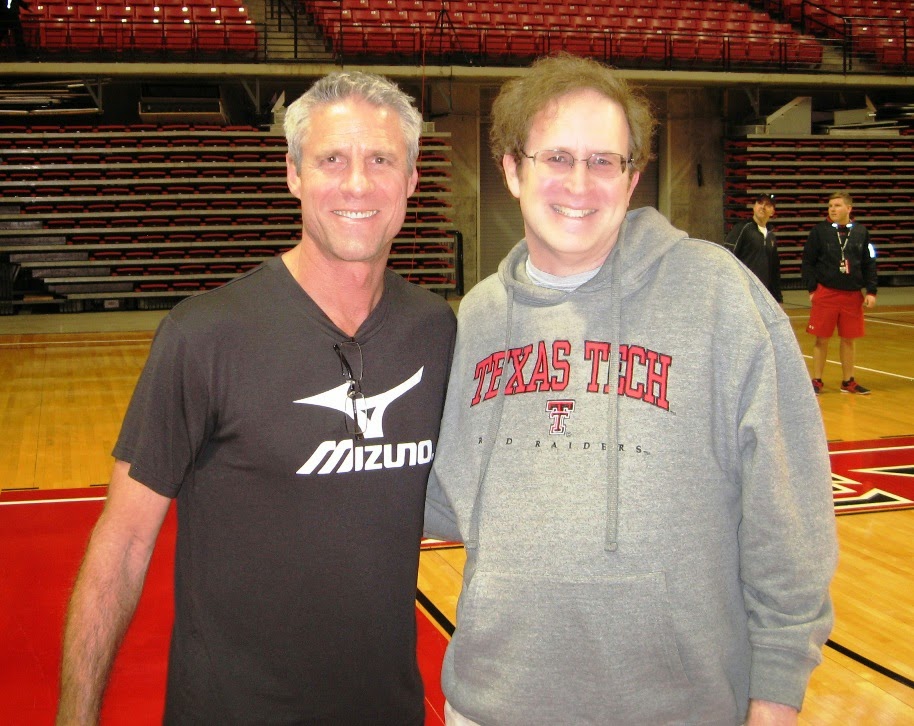 Yesterday, Kiraly came to Texas Tech (where I'm a professor) to spend the day with Coach Don Flora and the Red Raider women's volleyball squad. After a day of private meetings, Kiraly gave a public forum in the evening -- part lecture, part clinic. Scheduled in conjunction with a girls' club tournament, the evening event drew hundreds (if not more) of young players and their parents. As shown in the previous picture, I brought along the old UCLA article and a page printed from my blog to show him. "You're going pretty far back," Karch said, upon seeing the 1982 Daily Bruin article.* 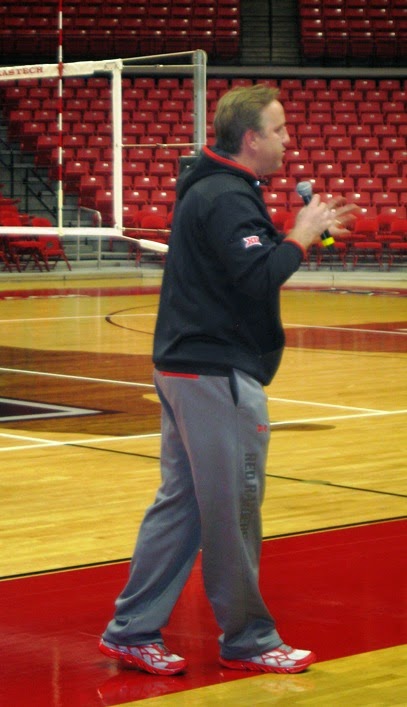 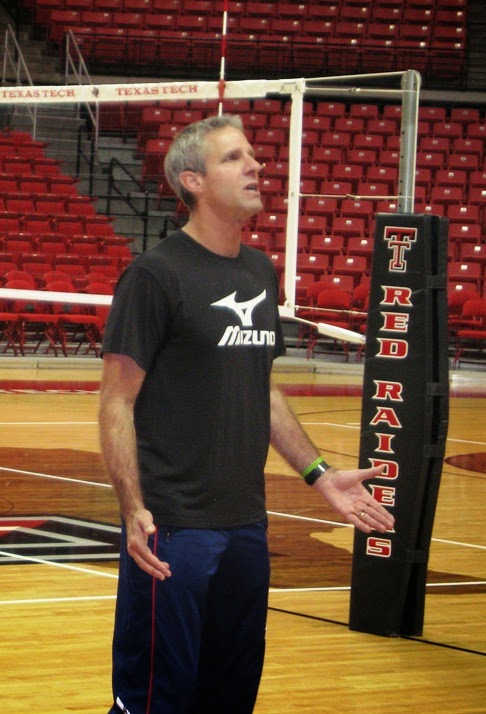 Flora (left) opened the evening, thanking audience members for their support of  Texas Tech volleyball and then introducing his fellow Californian.


Kiraly then alternated several times during the course of an hour between addressing the audience and leading a split Red Raider squad in some drills (equipped with a wireless mic). There was also a Q-and-A session at the end.

Kiraly began the drills with detail-oriented stuff; footwork, where to focus one's eyes, and calling out information for one's teammates (e.g., the opponent's play that appears to be unfolding). At one point, Kiraly said, "I'm not hearing that much noise. It's possible that my hearing is going, but that might not be it." In addition, he would often stop play during the drills and ask a player what her options were at a given point. He always followed up this question with "Why?"

He described volleyball as often involving "chaos," thus requiring teams to develop solutions. For example, if a team seemed to be getting out of control, digging balls higher would give the setter added time to function. Better yet, though, teams would have contingency plans: "If this happens, Player X hits the ball; if this happens, Player Y does."

A substantial time drilling, in fact, was done with the players assigned to positions other than their normal ones. Making a middle-blocker set, for example, or a libero (back-row defensive specialist) block at the net had two purposes: taking players out of their comfort zone so they could cope with having to improvise; and fostering "empathy" for the unique difficulties of playing a given position.

Much to your correspondent's delight, Kiraly made periodic references to empirical analysis of national-team play. One revelation was that, contrary to the convention of playing a libero in the left-back position, on the national team, the center-back location resulted in the libero touching more balls (see this "heat map" approach, put together by women's national team statistical analyst Joe Trinsey and associates).

Kiraly also reviewed the optimal location for sets to the outside-hitter (in the left-front area). In response to Kiraly's quizzing, the Texas Tech players identified the "5-by-5" principle: The set should be 5 feet before the net and 5 feet inside the left sideline. Kiraly noted that sets too close to the net are vulnerable to the opposing block, and sets beyond the sideline "limit your options" (presumably taking away the option of going down-the-line because the spike could hit the antenna, a violation). He noted that, "Our hitting percentage plummets" when sets deviate from the 5-by-5 location.

In conclusion, Kiraly has a very cerebral approach to volleyball and is passionate about building interest in the sport and developing young players. Here's hoping it doesn't take another 33 years before we again cross paths...

---
*All quotes are to the best of my recollection.