With Stanford's win over Wisconsin for the NCAA national women's championship about a month ago coming so easily, 25-16, 25-17, 25-20, it was hard at first to come up with a statistical angle. The Cardinal, led by 6-foot-6 senior outside-hitter Kathryn Plummer's torrid spiking (.459 on 22 kills and 5 errors on 37 attempts), outhit the Badgers, .358-.152 (box score). Madeleine Gates, a Stanford graduate transfer who finished her degree at UCLA, also came up big (.529, 10-1-17). I've already written a lot on Plummer's hitting, however, so I wanted to focus on something else. Then, an idea from five years ago popped into my mind. 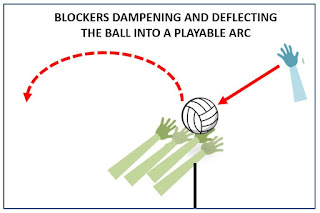 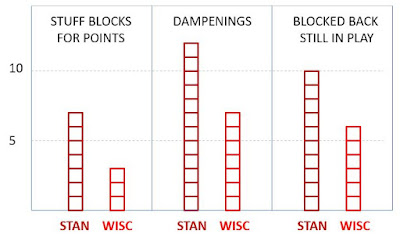