It's been quite a while since Penn State swept BYU, 25-21, 26-24, 25-14, last December to give the Nittany Lion program its second straight NCAA women's title, sixth in the last eight years, and seventh overall. Greater drama was to be found in the two semifinal matches, in which Penn State defeated No. 1-seeded Stanford, and BYU held off No. 2-seeded Texas, both in four games. Accordingly, my statistical review will concentrate on the two semis. 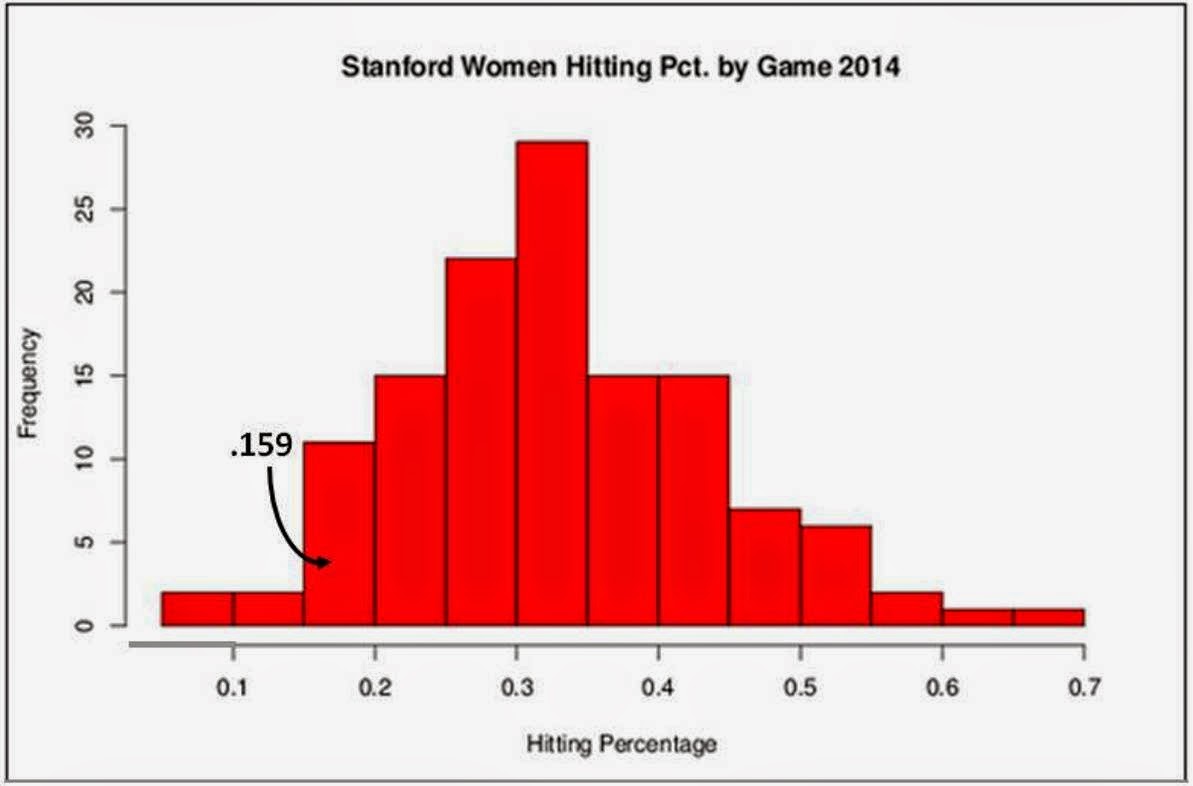 Penn State dominated two metrics I've tracked this season, making its NCAA title unsurprising. One is my Conference-Adjusted Combined Offensive-Defensive measure. The other is the number of times scoring fewer than 20 points in a game (excluding fifth games, which are played only to 15). That happened to the Nittany Lions exactly zero times this season! PSU lost only two games total in the NCAA tourney, 25-22 in the opening game against Wisconsin in the Elite Eight and 25-23 in Game 2 vs. Stanford.
at February 07, 2015